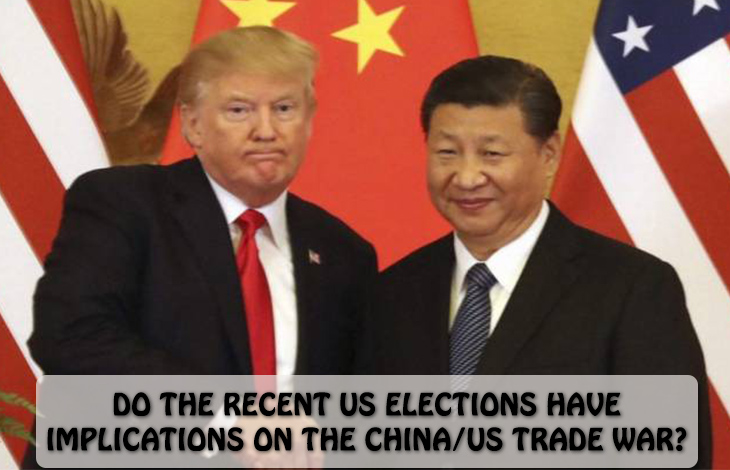 Do The Recent US Elections Have Implications On The China/US Trade War?

The US and China are amid an ever-increasing trade war with neither side backing down. The countries are the world’s two largest trading partners. However, Trump pointed out that international trade is massively lopsided between the two countries. These claims have truth in them since reports indicate that China imported 130US$ billion worth of goods from the US. However, the US imported a whopping 500US$ billion worth of goods from China. The end result of this was a trade deficit of 375US$ billion suffered in the US economy.

Furthermore, the Trump administration accuses the Chinese of stealing trade secrets of US-based companies as well US technology. This stems from a national policy by the Chinese government; this policy dictates that any foreign company setting up shop in China must share their intellectual property in exchange for their access to the Chinese market. In response to this the Trump administration introduced tariffs for goods imported from China. This raises revenue for the US government as well as reducing the trade deficit but obviously makes it much more expensive for the Chinese to conduct international trade. The US government fixated tariffs on electronic items such as solar panels and washing machines, and aluminium and steel products. These tariffs were further extended to TV’s, luxury delicacies such as caviar, aircraft parts and even medical devices. These goods are subject to a staggering 25% import tax. Expectedly, the Chinese administration hit back with tariffs of its own, with the Chinese imposing a 25% tariff on American goods ranging from automobiles such as off-road vehicles to foodstuffs such as meat and soybeans. The result is that the US threatened or actually implemented levies on about US$ 506 billion worth of Chinese products. Conversely, the Chinese threatened or imposed tariffs on about US$ 130 billion worth of American goods.

The recent US midterm elections saw the Republicans maintain their hold of the Senate with the Democrats winning the House of Representatives.This would seem to present challenges to Trump and who has agenda in critical sectors such as military funding as well as foreign business dealings. However, Trump will still enjoy considerable executive power in areas such as trade policy in which he is empowered to dictate the terms despite the division of Congress. 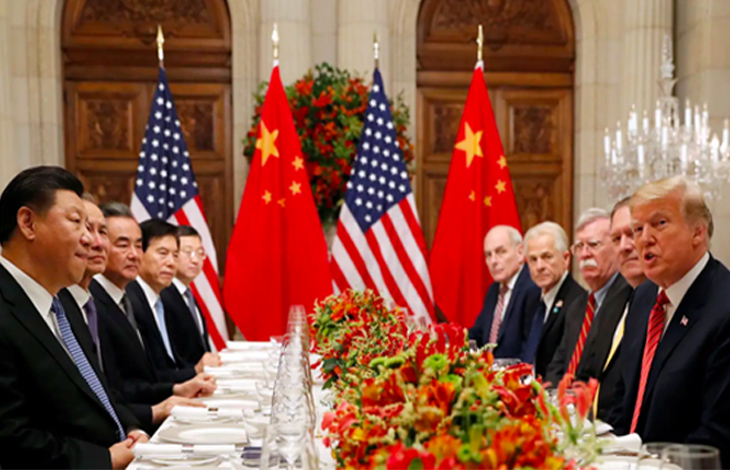 Interestingly enough, the Republicans as well as the Democrats both support the government’s stance on increased tariffs on Chinese products as well as the tougher stance on China’s intellectual property practices. What this means is that Trump’s stance on China will likely continue and receive even more bipartisan support. This implies that producers both from America as well as China will be forced to pay more to sell their goods. The end result is that consumers will face higher prices to attain these goods.

The effects of this trade war won’t end just there. This trade war could negatively influence global supply chains. Furthermore, stock markets could see a few dips in future as a result of the war. Investors mostly depend on fundamental analysis when making decisions regarding investing in a stock. What this entails is analysing the financial health of a company in terms of their growth potential, their leverage levels as well as their liquidity. Consequently, these trade wars could have a negative effect on the growth potential of companies as well as the overall stability of the financial markets. This implies poor equity performance for local investors as well as investors carrying out international share trading.

The US midterm election saw a division in Congress in which Trump would face opposition passing major legislation but will probably receive support in his tough stance on China’s trade policies. The US-China trade war will likely last for a while.

Some Popular Japanese Stocks
What’s Going on with Tesla? 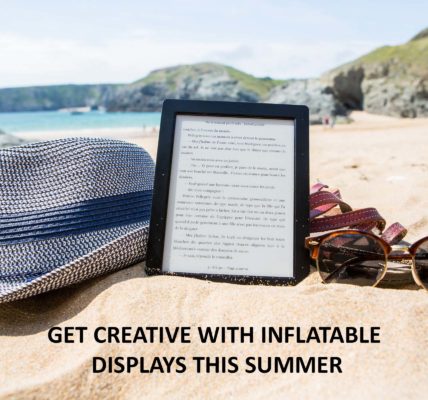 GET CREATIVE WITH INFLATABLE DISPLAYS THIS SUMMER

How Often Should You Review Your Debt Recovery Procedure? 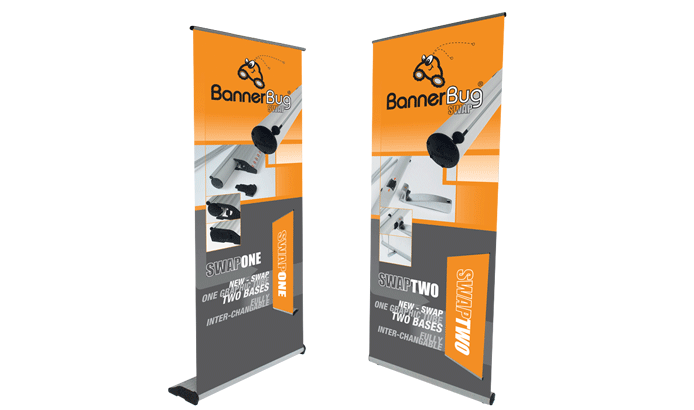 Stand out from your competitors with these display banner ideas

How to Ensure Your Display System Really Embodies Your Corporate Image