When thinking of investing in international shares, the Japanese stock market is a good place to consider. Japan’s economy is market-oriented and thrives on innovation within the automobile and manufacturing industries, for which the country is held in high regard. The current growth rate of the Japanese economy is one that is well ahead of the country’s long-term trend. On an annualized basis in April-June, the economy grew over 1.8 percent, and the capital expenditure had a rise of 1.3 per cent. The economy is currently in a phase of economic expansion suggesting that is an excellent time to invest in overseas shares within this robustly growing economy. In August 2018, Japan dethroned China to become the world’s second-biggest stock market in the world. With equities worth USD 6.17 trillion, it comes second only after the United States who are leading at over USD 30 trillion.

The Tokyo Stock Exchange (TSE), is the largest stock exchange in Japan with its headquarters conveniently placed in its capital city of Tokyo. First established in the year 1878, the TSE currently has a large market capitalization of more than USD 4 trillion. It has over 3,000 listed companies, and it, therefore, comes as no surprise that it is home to the globally represented giants of the Japanese industry. Manufacturing and services make up the two largest economic sectors that dominate the exchange market, on which it thrives. Mitsubishi Financial, Nippon, Toyota Motor, Honda Motor, and Nissan Motor, just to mention a few, are globally recognized Japanese stocks traded within the TSE.

This globally recognized Japanese bank holding company was formed in 1880 and is headquartered in Tokyo. It is a leading financial exporter, and it provides services not only in Japan but well outside the borders to foreign firms and individuals as well. The wide range of services that it offers include trust banking, commercial banking, credit cards, asset management, leasing, various fields of financial services and securities. Over the past year, its stock has produced marginal returns, and this makes it favourable for international stock trading. Over the last two months, the consensus EPS estimate for the current year was revised 2.8% upward. 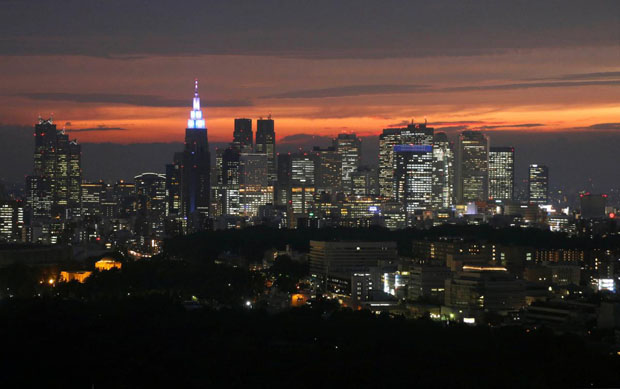 According to an article published by the CEO of CressCap Investment Research, after using a computer analysis that employed a multi-factor quant model, two other Japanese companies that were found to be strong buys in 2018 were Tokyo Electron and Sumitomo Corporation. This model is used to identify buy ideas by considering common traits of growth, profitability, EPS revisions, good long-term price momentum, and value. These traits are then measured and ranked on a basis that is sector relative.

Although investing in Japanese semiconductor production does not seem exciting, it has been rated as one of the strongest buys in 2018. As a leading producer of semiconductors, Tokyo Electron scored straights A’s according to the grading criteria applied by CressCap. The high rating was a result of the stock’s reasonable PEG ratio, dividend yield and CF/ROI multiple. Also, the long-term momentum and the recent ROI trends did not go unnoticed, together with the company’s consistent sales growth. In 2017, the net sales rose by 20.4%. This, in turn, leads the operating margins to rise from 17.5% in 2016 to more than 19% in 2017.

Investing in this Tokyo-based global industrial powerhouse would be an option when thinking about offshore share trading. As a general trading company, Sumitomo Corporation imports and exports a variety of goods, for example, chemicals, fuels, food products, textiles and metals. It also has operations within the real estate, shipping, finance, construction, and leasing business sectors. Like Tokyo Electron, it scored straight A’s according to the same grading criteria. Its EPS Revision growth is performing spectacularly and it has a sales growth history that is solid. It also scored an ‘A’ under projected growth in the CressCap’s grading criteria.

Japanese stocks have shown great appeal for both new and experienced investors looking to buy into the Japanese stock market. If you are interested in trading in international shares, this is a market that is worth your consideration. Of the numerous companies listed on this market, you can be sure that you will find something akin to your taste, spending abilities and goals.

Why So Many Businesses Fail to Take Debt Collection Seriously