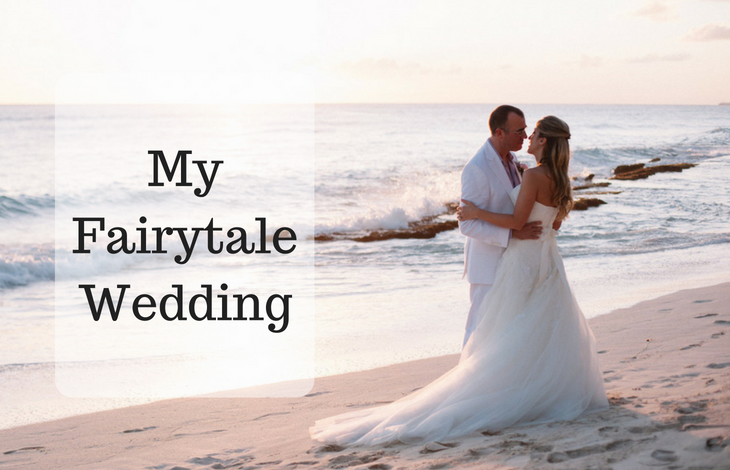 I had heard countless stories from people telling me how hard it was to find their perfect wedding dress. Friends and friends of friends reaching out to me on social media, from out of the blue, empathising and suggesting possible dresses to try and designers to look at it. It was weird and I was really stressed about it although the constant messaging from people was making me question my own judgment. Should I stress about it?

I kept coasting along, putting off buying a wedding dress until the last minute because that’s my style and that’s the way I roll.

So on my lunch break at work, I walked past the bridal shop and 10 minutes later I had purchased a beautiful Maggie Sottero dress. It was absolutely stunning and there was no doubt in my mind that this was the dress for me, I was going to look absolutely stunning. All eyes on me on my special. Reow

Like many people these days I chose my career before marriage and I finally got to a point in my career I was happy with and ready to share the rest of my life with that special someone. So I’m at that point, the question was asked and I said yes and the plans were underway for the big day. I was always the person who said that I didn’t want my wedding to be a big dramatic affair, just something low key with friends and family about, kind of like a party to celebrate our future life together.

Me being my non-chalante self-left all the planning up to my husband’s sister. I gave her the basic rundown of what I wanted and she took some notes and was on her way. I would have paid someone to do it or got someone outside the family but she seemed to relish in the idea of planning a wedding. I mean she was more excited than I was and started rattling off about flowers and seating arrangements. I just nodded and smiled and was like yeah yeah sounds good.

I tried to stay away from the planning as much as possible. I was constantly bombarded with messages and questions from my husband sister Kelly. Asking me if the white roses are ok for the flowers or if Aunty Maureen can sit beside Uncle Ben or would that be weird because they split up.

Eventually, I got sick of the constant barrage and snapped. I said “Kelly, I don’t need to know any of this. You wanted to plan the wedding. So plan the wedding. If you can’t handle the decision-making process Ill hire someone to do it”. Kelly sheepishly said that she had it under control and wouldn’t bother me with any other questions.

So by the time the day actually came I knew about the time and the venue. My husband Paul knew more about the arrangements than I did. Whenever it was mentioned he always had a devilish grin on his face. My husband is the quiet type but he has been known to be a bit cheeky and weird. So I suspected there could be a few surprises.

The day came and the girls and I were getting ready in the hotel room. I put my beautiful Maggie Sottero dress and I instantly transformed into a princess. I was swanning around the room with grace and poise and oh my champagne glass in hand the whole time.

Time was ticking by and then the hairstylist finally rocked. She was half an hour late but assured us she would have us looking beautiful well before the start of the ceremony. I sat in the chair and without any instruction, the hairstylist starts doing her thing. She was working some serious magic. Then I noticed that she was doing these two weird bob things on each side of my head.

Hang on a minute. I was starting to look like Princess Leia from Star Wars. Not that I was a fan or anything. Paul was the Star Wars nerd. Then my mind started ticking over. Would he actually turn my wedding into some Star Wars themed ceremony? I started frantically asking Kelly questions but she did her best to avoid answers. She said that she planned the wedding to my specifications. A low key affair with a party atmosphere.

I hadn’t seen Paul in a day because he and his wedding party were staying at a separate hotel and doing some preparations of their own.

Anyway fast forward to the ceremony on the beach. As my father walked me down the aisle along the red carpet, all eyes were me and I was looking stunning if I do say so myself. Then Paul and the boys came into my line of sight. They weren’t wearing your traditional suit and tie. He was dressed up as in some weird brown suit. Then it hit me. He was dressed up as Han bloody Solo and his groomsmen we Luke Skywalker and Chewy.

The only thing I could do was start laughing, thinking “you idiot’. Here I was looking like a princess from the royal family and he was in his galaxy glad rags. After we said our vows the celebrant even said: “May the force be with you”. As we walked off down the aisle and off to the wedding car, there must have been at least fifteen of them. Kids dressed as Ewoks following us showering us with rose petals.

Well, folks, I did learn a lesson from my wedding. Well, maybe two. Take the time and get involved in the planning or your weird husband will pull some trickery. Number Two is that your wedding dress should not only look good it should feel good on the body and that day I felt like 2 million bucks and nothing could rock my confidence, not even a bunch of Ewoks showering me with rose petals.

Dress For A Day? No Way! 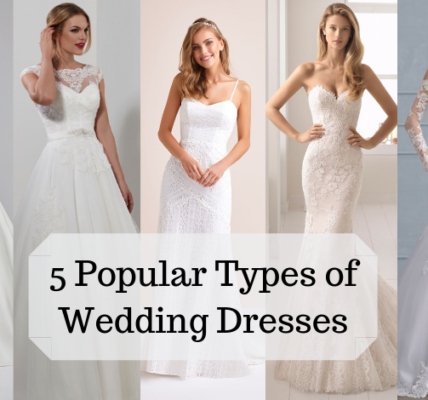 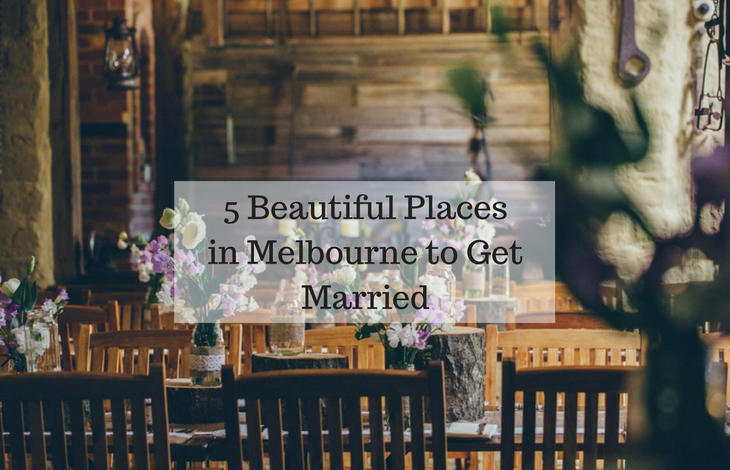 5 Beautiful Places in Melbourne to Get Married 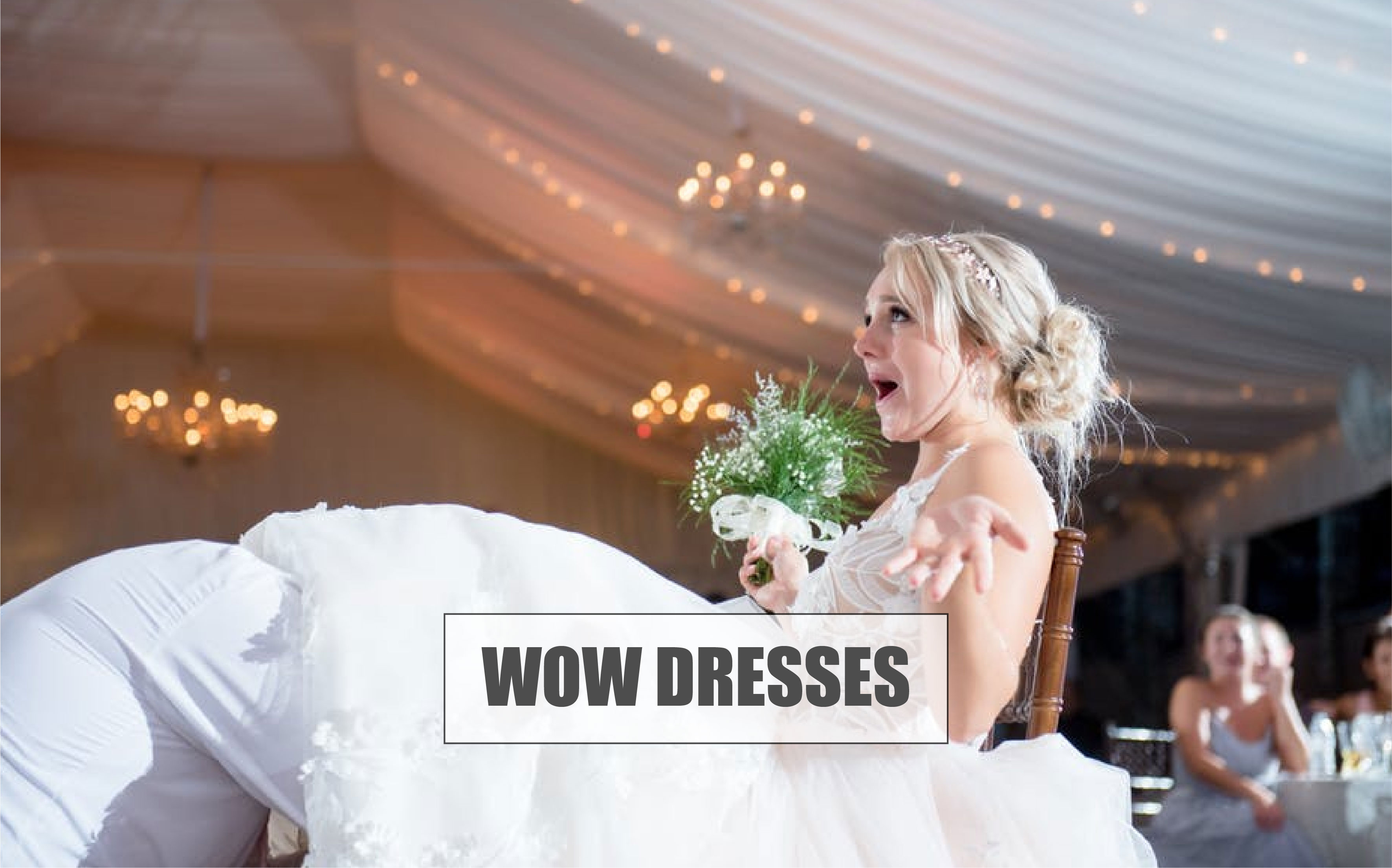