Why Everyone Needs a Friend Who Drives a Ute

Sometimes, owning a sedan can be nice. Sure, you’ll save money on fuel. And you’ll never have to worry if a parking space is big enough for your vehicle. But there are plenty of situations in which a sedan is more of a curse than a blessing.

Moving into a new home with a sedan, for example, can be a nightmare. You’ll only be able to fit so many boxes, and next thing you know, you’re making what seems like 200 trips back and forth to get everything into the new house. Or if you’ve ever had to pick up timber for a DIY project, how will you get those 6-meter boards home? It’s like an unwinnable game of Tetris.

If you have a friend with a ute – and chances are you do, considering 1 in 5 cars sold in Australia is a ute – you’ll never have that problem.

Just give your friend a ring, ask (nicely) if you can borrow their rig, and viola: nightmare averted. In fact, having a friend with a ute will come in handy more often than you think. So the golden rule: Be nice to your ute-driving friends. You never know when you’ll need to ask for a favour.

Here are a few situations when it’s great if you have a friend who drives a ute:

Moving is never fun, but trying to do it in a tiny car makes the already-bad task even worse. If you try to move with a sedan, chances are you’ll think “I’m better off just throwing some of my stuff away”.  If you have a friend with a ute, you can avoid this altogether. You won’t have to hire a moving truck, and you’ll get your moving done in half the time.

Picking up timber in a sedan can be a nightmare. But really, anytime you need to move large, cumbersome items, a sedan will be your enemy. Like, say, you’re remodelling your home and have to run some old tiles to the dump? You don’t want to put all that garbage in your sedan. Or say you’ve just bought a used sofa online. Are you going to strap it to your car’s roof?

Today’s body-on-frame 4×4 utes are built for rugged adventures. That means they can go just about anywhere: Muddy, off-the-beaten-path trails, rough outback terrain, sandy beach shores. In other words, having a friend with a ute might be your ticket to new adventures.

Ute drivers have better toys. It’s a proven fact. Boats, ATVs, dirt bikes, kayaks – the majority of ute owners buy 4x4s to haul their toys on weekend adventures. So you’ll benefit in two ways. First, you’ll be more likely to take a boat trip, or go off-roading. Plus, if you’ve got a dirt bike that’s collecting dust, your ute-driving friends can help you haul it out to the terrain park.

Getting You Out of Ditches

Your sedan is stuck in the mud. Sure you could call a tow truck to pull you out. But that costs a lot of money. Or you could call your friend with a 4×4 ute, who’d be more than happy to give you a hand.

Sedans are compact. They’d don’t offer the comfort or safety of a ute. Whenever you hit the road with your ute-driving friends, you can count on more space to sprawl out and enjoy the ride.

For Camping and Caravaning

Camping with a small car just isn’t any fun. You can only fit so much gear, and next thing you know, you’ve left your camp stove behind because it wouldn’t fit. Utes are built for outdoor adventures, so it’s likely your ute-owning friends will be more than prepared when you take off for a weekend camping adventure.

Bottom line, utes are versatile vehicles. So if you don’t plan on buying one of your own anytime soon, be sure you treat your ute-owning friends good. Chances are, you’ll need to ask a for a favour in the future.

How does The Park and Fly Concept Work?

Car Care for Coastal Living: Why You Need Regular Detailing If You Live Near the Sea 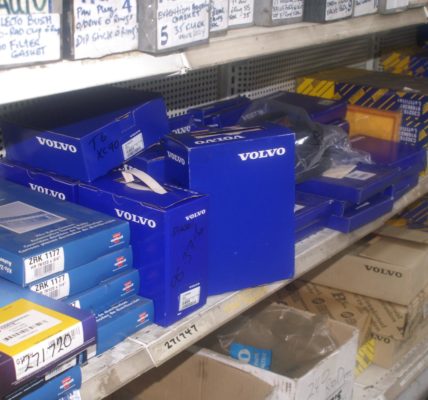 Is it Ok to Use Aftermarket Parts for Your Volvo Truck?