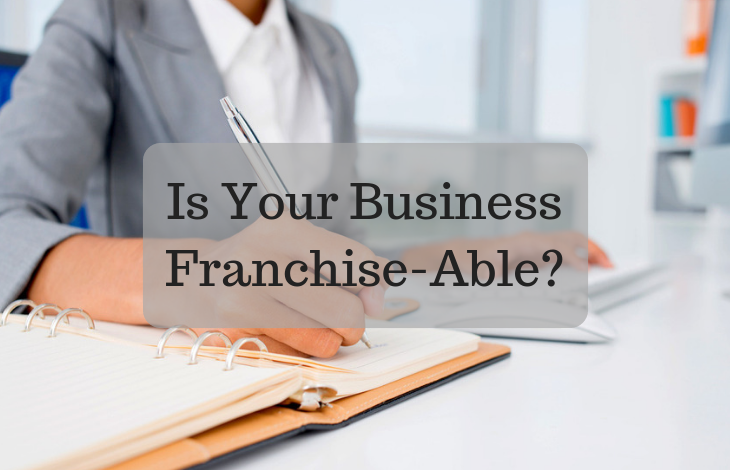 A lot of business advice is focused on the franchisee. It doesn’t seem to have a lot of downsides. You have a business template, there’s already a brand position, and you get support from your franchisor. But what happens on the other side of the equation? How do you know when (or whether) your business is ready to become a franchise? It will usually start as a passing comment by friends and relatives, and the more you hear it, the more viable it will seem. It can certainly be lucrative, and it’s a good retirement plan.

But franchising your business isn’t the holiday it appears to be. Yes, you can put your feet up and let others do the work … eventually. It’s very hands on in the beginning though. Remember how hard you’ve worked to build your business? You have to put that much effort into the first few stores. And even after that, you’ll have to oversee every new branch, keeping a keen eye on it. And that’s the first question you should ask yourself … are you capable of taking a back seat in the ‘raising’ of your ‘baby’? 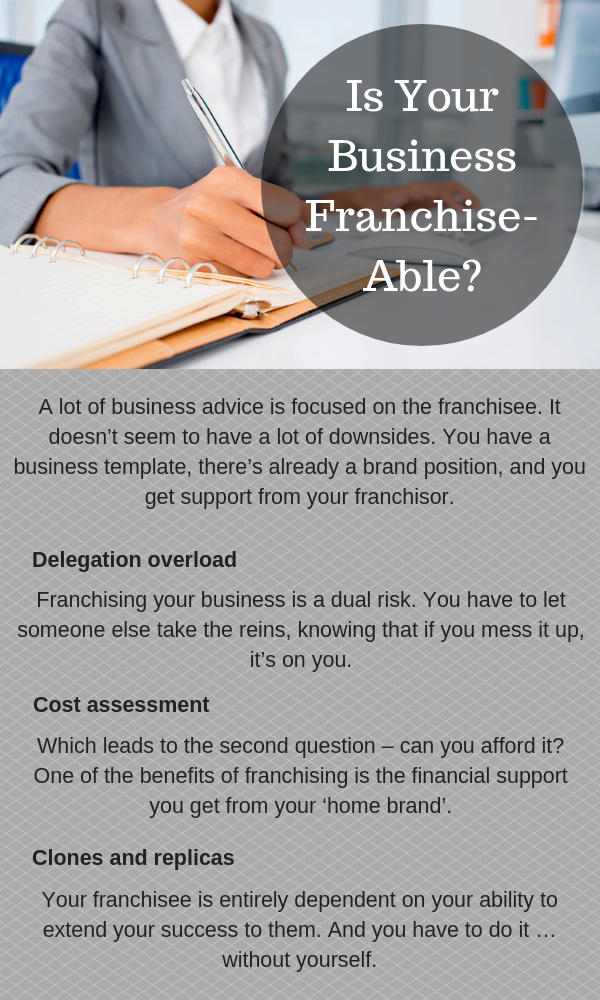 Franchising your business is a dual risk. You have to let someone else take the reins, knowing that if you mess it up, it’s on you. After all, it’s your name on the door, not theirs. So when you open a franchise in a new town, customers won’t say the manager is bad. They’ll say the brand has lost it. They’re probably going to the store because of their (pleasant) experience at your original premises, so if they don’t get the same standards, their negative opinion will extend to your own original branch.

You have to trust your franchisees to do things exactly as you would. And you have to maintain this quality by teaching them yourself. Passing on your systems and skills is sometimes more laborious than doing it yourself. Just ask any parent that tried to get their kids (or spouse) to do chores and ended up (re) doing it themselves. As a franchisor, you have to hold their hands while keeping a safe enough to distance, because if you smother them, they’ll give up. After all, they signed up as an owner, not a subordinate.

Which leads to the second question – can you afford it? One of the benefits of franchising is the financial support you get from your ‘home brand’. You buy a license, and you share profits with your franchisor, but they frequently offer loans and/or financial backing. As a franchisor, do you have the funds for that? You have to pay a franchise lawyer, and you probably have to pay start-up costs for the new branch.

This includes merchandise, staff training, transport of products, and possibly rent, because some franchises require the lease to be in the franchisor’s name. Your franchisee will pay your ‘royalties’ but only after their branch picks up. Before then you’ll largely foot the bill. And if their branch fails, all your money and effort goes down the drain, as well as your brand name in that location. It can be hard to recover from that, both financially and business-wise.

Customers who had a bad time at your franchise may shun your original business too. In this age of social media, that can be bad. Nobody ever tweets ‘*Insert Name* Hotel in Toowoomba Sucks.’ Instead they make a video with your brand logo featuring prominently, it goes viral, and suddenly you’re being picketed and boycotted around the world. Are your pockets and your patience deep enough to take it gracefully, and will you recover?

Are you clear about why and how your business succeeded in the first place, and can you do it again? Your franchisee is entirely dependent on your ability to extend your success to them. And you have to do it … without yourself. In the sense that everything you personally did to push your business forward is absent. Your legacy may be present in the new branch, but you won’t. So if you succeeded because your 537 cousins blackmailed all their friends into visiting your store, your franchisee is out of luck.

Before you on-board new ownership, you need to develop a very clear system. It has to be something they can replicate, with or without your active participation. After all, as much as you can guide them, you can’t quit your life for six months to go launch their business. Eventually, after ten or fifteen stores, there’ll probably be a stencil they can trace, but for your first few branches, can you afford teach by doing? Start by developing that tutorial. If you can do that effectively, it could be time to call a franchise lawyer.

Why Franchises Are Such a Popular Option 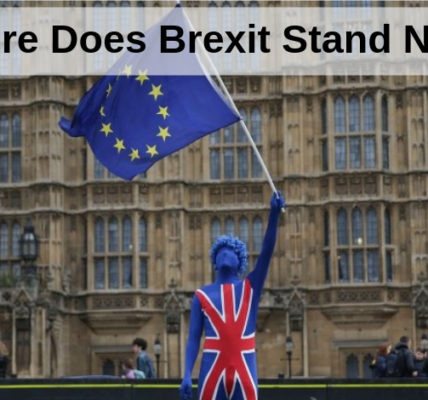 Where Does Brexit Stand Now? 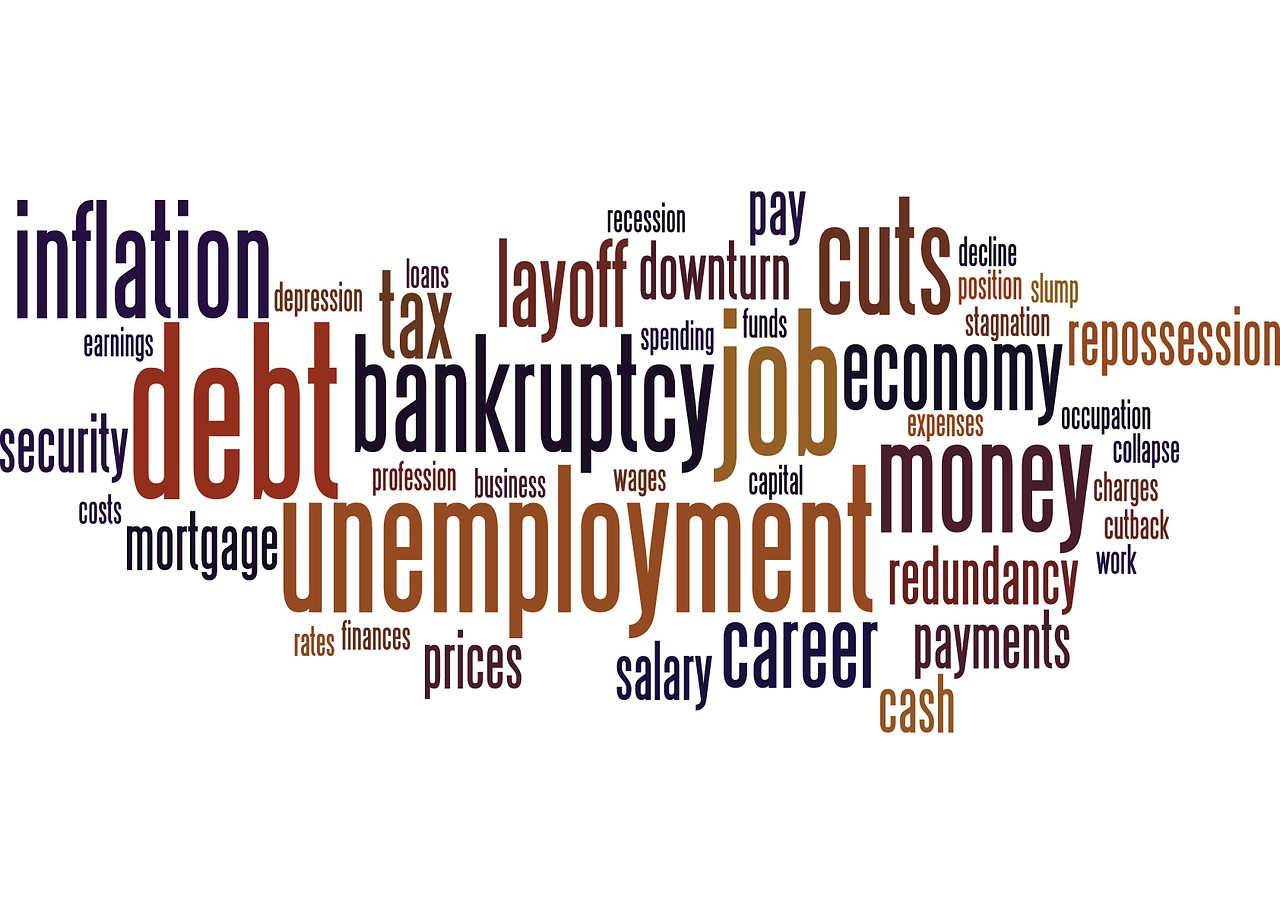 Early Indicators That A Client may be in Financial Trouble 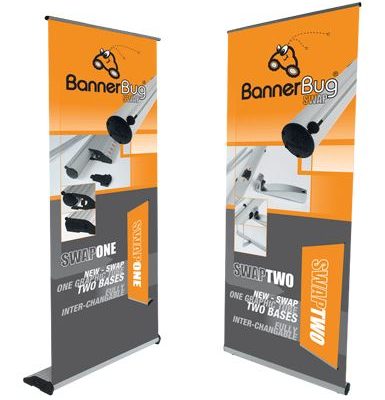 What banners have to offer